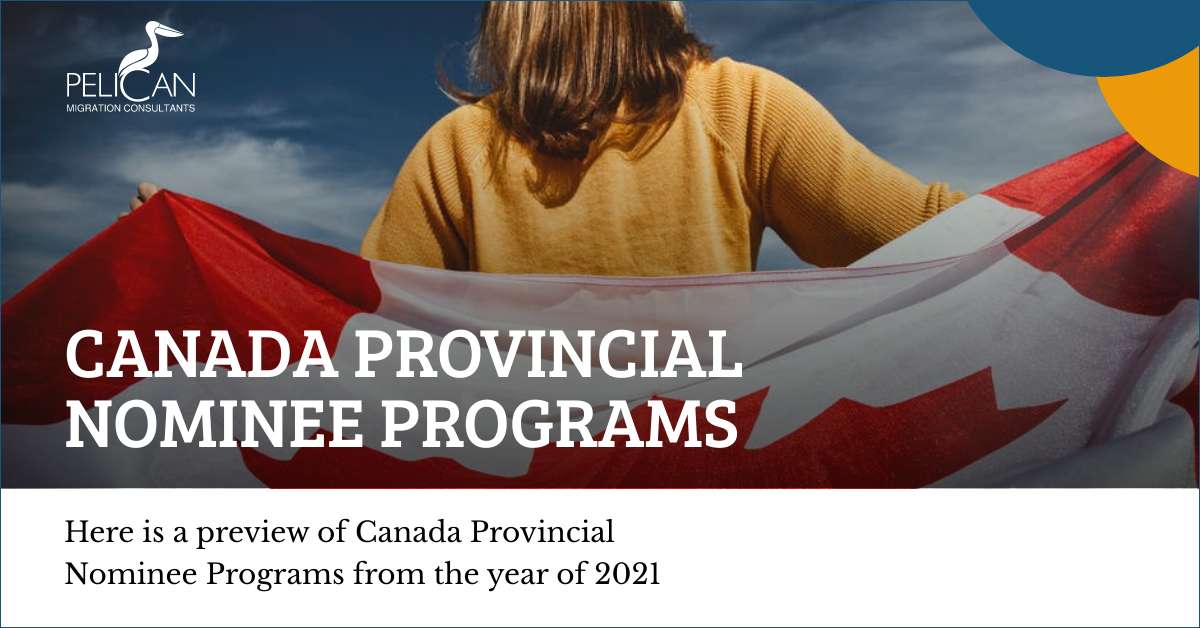 A preview of Canada Provincial Nominee Programs from the year 2021

The year 2021 has been a roller coaster ride when it comes to Canada Provincial Nominee Programs. Canada immigrants saw many ups and downs in form of COVID-19 regulations as well as new stream launches and shocking PNP draws. The PNP immigration program was established in 1998 to assist provinces and territories in welcoming immigrants who would also fill specific labor needs. In recent years, the PNP has become the quickest developing immigration pathway to permanent residency in Canada. The possible explanation for this is a significant rise in the federal government's annual allocation of resources to provinces. This emphasizes the significance of PNP in Canada's immigration policies.

The PNP's main objective is to motivate immigrants to reside in less densely populated regions of the country. The PNP now accounts for a significant portion of economic migrants to most Canadian provinces and territories. Considering the significance of the PNP to provinces and territories, the College of Immigration and Citizenship Consultants (CICC) has made sure that Express Entry invitations for PNP nominees have been issued almost biweekly since the outbreak began, despite interruptions or discrepancies in other federal immigration programs. Read on to know more about the 2021 highlights of Canada Provincial Nominee Programs.

In early January of the year, the PNP draws were resumed. But the previous year, Alberta maxed its immigrant intake as well as temporarily suspended invitation sessions through the Alberta Immigrant Nominee Program. But, ultimately Alberta conducted regular invitations throughout 2021 as well as reported that all 6,250 certificates for the year had been issued. The Foreign Graduate Start-up Visa Stream is a new immigration stream for international graduates in Alberta (FGSVS). Since January 27, 2021, the new stream has already been accepting applications.

The province of British Columbia invites the top-scoring provincial applicants on a weekly basis through the BC Provincial Nominee Program (BC PNP). The Express Entry program in British Columbia, as well as Skills Immigration and the Tech stream, are among the most popular in the country. The province invited over 11,500 applicants to register for a provincial nomination this year. The province furthermore announced on November 14 that 20 new communities had joined up for the Entrepreneur Immigration Regional Pilot's second phase. Each of these communities has determined which types of businesses are most important to them and they're now looking for entrepreneurs with previous experience running similar businesses. Each community is in charge of its own pilot project, and interested parties should ask them directly to see if theirs is available.

Skilled Workers in Manitoba, Skilled Workers Overseas, and International Education Stream have been active immigration programs in Manitoba.  In 2021, the province managed to hold nearly 30 draws in each stream, inviting 11,179 immigrants to apply for a provincial nomination.

New Brunswick published on August 18, 2021, that it would test a new immigration stream to help meet the province's increasing labor needs. Overseas students who have graduated from one of New Brunswick's four established private professional colleges as well as studied in one of 19 identified occupations will be qualified to participate in the Provincial Nominee Program beginning April 1, 2022, allowing them to work as well as life in the province while awaiting permanent residence.

On January 2, 2021, Newfoundland and Labrador began accepting applications for a new Priority Skills Newfoundland and Labrador stream, which aims to attract highly educated, highly qualified newcomers with specialized experience in fields where demand has surpassed local training as well as recruitment, such as technology and ocean sciences. It is accessible to newcomers with at least one year of professional experience in highly-skilled, high-demand professions, as well as post-graduates who have recently completed a Masters or Doctorate degree at Memorial University. The province invited a total of 663 applicants through the new stream.

The Nova Scotia Nominee Program launched in November 2021 its Occupations in Demand Stream that will be taking submissions from food service workers. Nova Scotia introduced 3 new eligible lines of work to the stream to address shortfalls in the foodservice sector, which was hard hit by the pandemic. NOC 6513 (Food and beverage servers), NOC 6711 (Food counter attendants, kitchen helpers, and related support occupations), and NOC 6731 (Light duty cleaners) are the three occupations.

In 2021, Ontario's Immigrant Nominee Program (OINP) held invitation rounds for most of its streams as well as launched an expression of interest system for the following:

Through all these five streams, Ontario has issued a number of 7,432 invitations to apply for a provincial nomination in 2021. In 2021, the three Express Entry-related nomination streams in Ontario – Human Capital Priorities, French-Speaking Skilled Worker, and Skilled Trades – approved 8,234 Notifications of Interest to Express Entry candidates.

The Prince Edward Island Provincial Nominee Program (PEI PNP) draws are held once a month and therefore are pre-scheduled. The province invited 1,804 candidates in 2021. The Labour Impact, as well as Express Entry streams each, had 1,697 applicants, while the Business Impact stream had 157.

This year, the province held over 15 draws under the Saskatchewan Immigrant Nominee Program (SINP), including Express Entry and Occupations In-Demand, and issued 6,799 invitations to apply for the provincial nomination. The province also announced the release of a new immigration pilot program in late 2021:  the Hard-To-Fill Skills Pilot which allows Saskatchewan employers to hire international workers in the province's most in-demand industries, such as health, mass production, agriculture, agri-technology, construction, catering, as well as retail. The province also recently launched the International Healthcare Worker Expression of Interest (EOI) Pool in December 2021, which allows people to apply through an online form indicating their interest in working in a specific healthcare profession in Saskatchewan.

Thus, these were the highlights of the PNPs of Canada in 2021. There were temporary discrepancies, but eventually, a huge number of candidates were invited to apply. That’s why the PNP route is considered to be one of the fastest routes to Canada Immigration.

Would you like to migrate to Canada through Provincial Nominee Programs?

Candidates can be nominated by PNP streams that function outside of Express Entry, regarded as "base" PNPs, who then continue pursuing permanent residence beyond the Express Entry system. Candidates may be nominated for the PNP's basic and perhaps even enhanced streams by provinces and territories. The annual allotment of nominations is determined by the CICC based on its yearly basis immigration levels planning as well as consultations with the provinces. Between now and 2023, PNPs are believed to result in the admission of more than 80,000 immigrants as permanent residents.

Migrating to Canada via PNP may appear simple, but the procedure is not as simple as it appears. It is always best to contact a Canada Immigration Consultant who can assist and guide you.