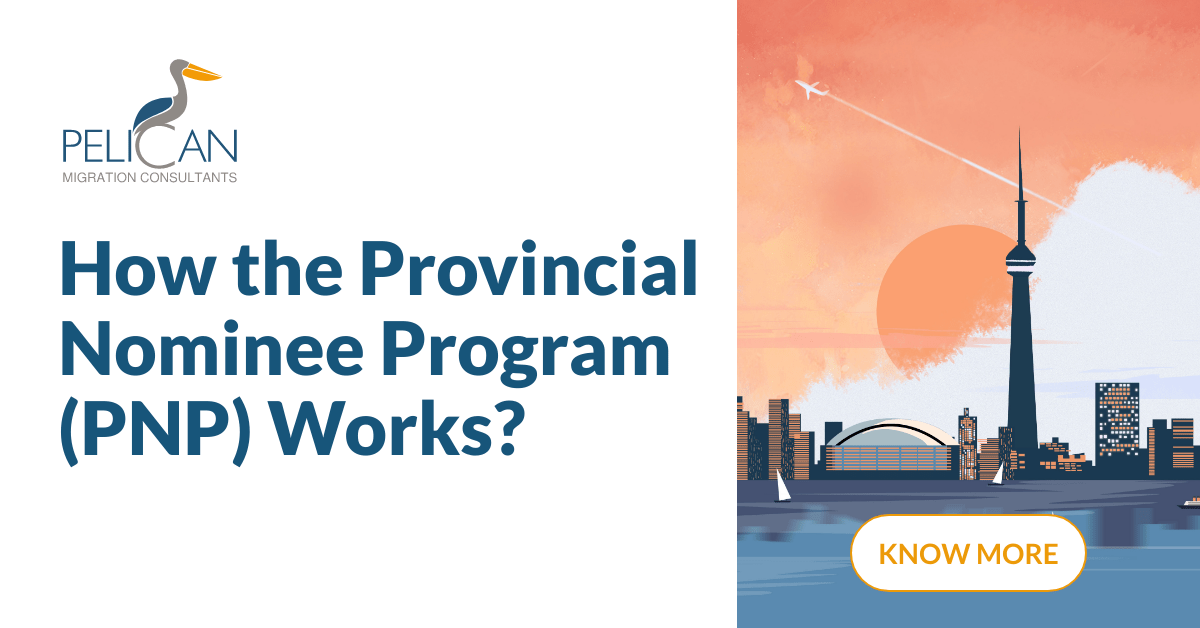 How the Provincial Nominee Program (PNP) works for Canada Migration?

With the nation's economic workforce gradually shrinking, a depleted talent pool, and an older population, one of the most significant economic challenges Canada currently faces is a shortage of manpower. That’s why the Canadian government is open to numerous immigration programs for skilled workers. The PNP immigration program was established in 1998 to assist provinces and territories in welcoming immigrants who would also fill specific labour needs. In recent years, the PNP has become the quickest developing immigration pathway to permanent residency in Canada. The possible explanation for this is a significant rise in the federal government's annual allocation of resources to provinces. This emphasizes the significance of PNP in Canada's immigration policies. Read on to know what exactly is PNP and how it works?

What Are The Provincial Nominee Programs?

Many provinces and territories have had their Express Entry streams open since January 1, 2015. This implies they can use the Express Entry system to propose some certain pool of participants who satisfy their local provincial/territorial market demands. Candidates for immigration through the Express Entry pool who have been nominated by a province are also awarded 600 points underneath the Comprehensive Ranking System. These extra points imply that the candidates will be invited to apply for permanent residence through an Express Entry pool draw.

To enter an Express Entry pool, all applicants must still meet the required criteria with at least one of the federal economic immigration programmes, depending on the province:

Am I eligible for a Provincial Nominee Program?

The Canadian federal government increases the number of requests for PNP applicants every year. These programmes are Canada's quickest developing route to industrial immigration. Because these streams are planned by provinces to assist them in meeting their specific immigration goals, the eligibility requirements and application procedures vary from each PNP.  Provinces and territories, for instance, may target the following in a programme stream: students, people in business, skilled laborers and semi-skilled employees.

As a general rule, provinces seek people who can make a significant contribution to the province's economic and social development, as well as settle & live in the province. Provinces are looking for the following characteristics in possible candidates:

Applicants must demonstrate that they fulfil the set requirements in order of becoming a provincial nominee. This demonstrates that the applicant possesses the necessary skills, training, and professional experience to contribute positively to the local economic system. The province or territory will discuss the application depending on the needs of the province in question, as well as the applicant's real desire to settle there. There are numerous sub-programs and categories within each PNP, which are commonly referred to as "streams."

Whenever a Canadian province or territory nominates an applicant for the Provincial Nominee Program, the application process begins. Here are the benefits of PNP:

Would You Like to Migrate to Canada via PNP?