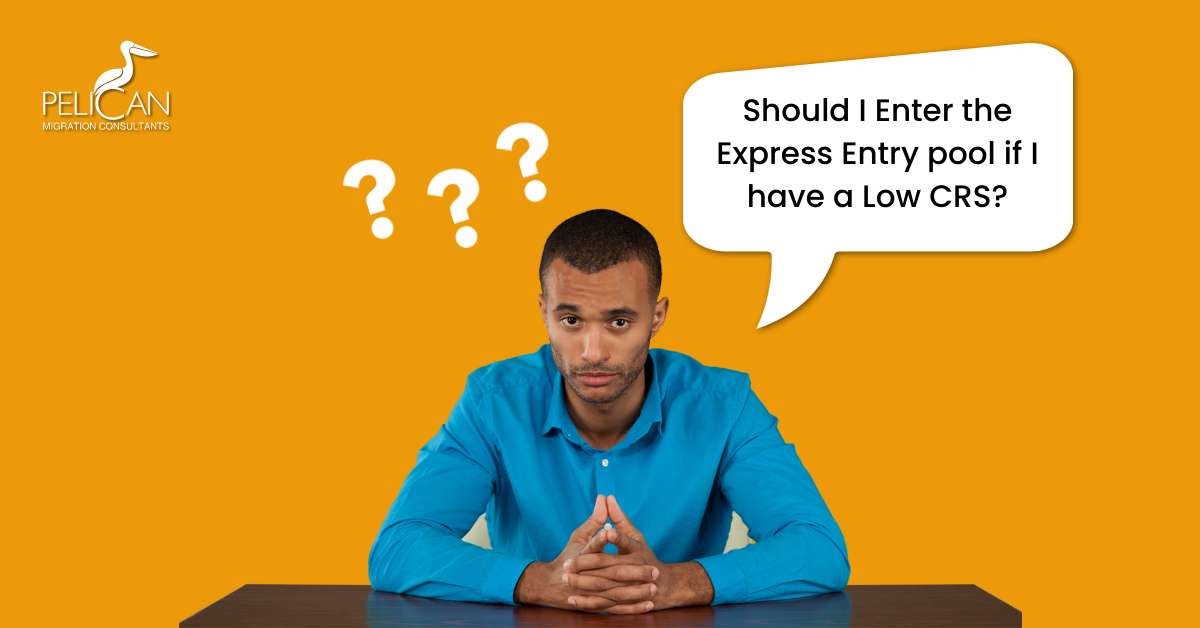 Should I enter the Express Entry pool if I have a low CRS?

Are you one of the many people with a low CRS score who thinks it's pointless to file an Express Entry profile? Most applicants who received an invitation to apply for permanent residence in Canada in recent draws ranked above 460 in the Comprehensive Ranking System, as you may have noticed if you've been following the recent rounds of invites. At first look, this may appear to be discouraging for new applicants entering the pool. But you need to stop worrying!

There are a number of reasons why a low anticipated CRS score should not stop you from applying through the Express Entry pool. Read on to know more about why entering the Express Entry Pool even with a low CRS is a good deal for any applicant.

How Does Express Entry Pool work?

If you meet the eligibility requirements, joining the Express Entry pool gives you a distinct advantage as well as increases your chances of being successful in moving to Canada. Here are a few of the reasons why. Following benefits can be considered before deciding to NOT TO APPLY for express entry now:

Make an effort to raise your score

You can enhance your score as well as boost your likelihood of being invited to apply when you're in the pool by completing the following:

Put simply, something is better than nothing. When you're not in the Express Entry pool, your prospects of acquiring an ITA for permanent residence are nil. In contrast, simply entering the pool increases your chances of earning an ITA. Keep in mind that Canada recognizes your abilities and qualities and wishes to welcome you to the country. IRCC (now known as College of Immigration and Citizenship Consultants (CICC)) will expand its doors to FSWP candidates in the future, and starting the Express Entry process now could put you one step closer to realizing your dream of moving to Canada.

Would You Like to Migrate to Canada via Express Entry Pool?