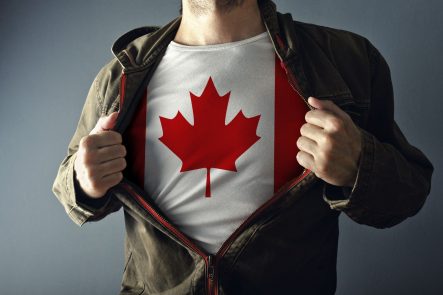 The province of Manitoba has invited around 180 applicants through its three different immigration streams - Express Entry applicants, Skilled Workers and International Student graduates to apply for the Permanent Residency visa in Canada through its renowned Provincial Nominee Programs.

Manitoba is considered to be the first province that introduced Provincial Nominee invitations to skilled workers during the late ’90s. The province invites applicants regularly from its immigration programs – International Educational Stream, Manitoba based Skilled Worker and Overseas based Skilled Worker streams.

The applicants who got selected for the Manitoba based Skilled Worker and Overseas based skilled worker streams is based on an Expression of Interest Score. To get the EOI to score the applicant should create an Expression of Interest profile in the Manitoba Provincial Nominee website. The candidates who have successfully created the EOI profile are then entered to the pool of candidates who has an EOI profile in the Manitoba Provincial Nominee Program website.

An EOI score is calculated based on the applicant's language proficiency exam results, age, total years of experience in the relevant field, education and adaptability factors like close ties with Manitoba, education or work experience in Manitoba or currently employed in Manitoba.

Applicants who got an invitation to apply for the Provincial Nominee Program will automatically receive 600 CRS score which will effectively guarantee them a federal invitation in the next subsequent draw.

Manitoba can nominate or invite skilled workers based all around the world as their skills, and technical expertise is required in the Manitoba Labour Market. The skilled workers are selected based on factors like age, education, total years of experience, language proficiency, and having close ties with the province.

This immigration stream doesn’t mandatorily say that the presence of the skilled worker in Manitoba as the mandatory factor to get picked up from the pool. Around 23 invitations were given to skilled workers who are based on overseas Labour market, and the minimum required EOI score was around 719 during the November 7th draw.

For being eligible to this stream, the applicant should be currently employed in Manitoba, and the employment contract should be a full-time paid job.

Candidates who completed their graduation in Manitoba with some in-demand skills are also eligible to get invited by the province through its International Education Stream.

Interested in migrating to Manitoba? Fill your details here and let our consultants let you know whether you are eligible to migrate or not!