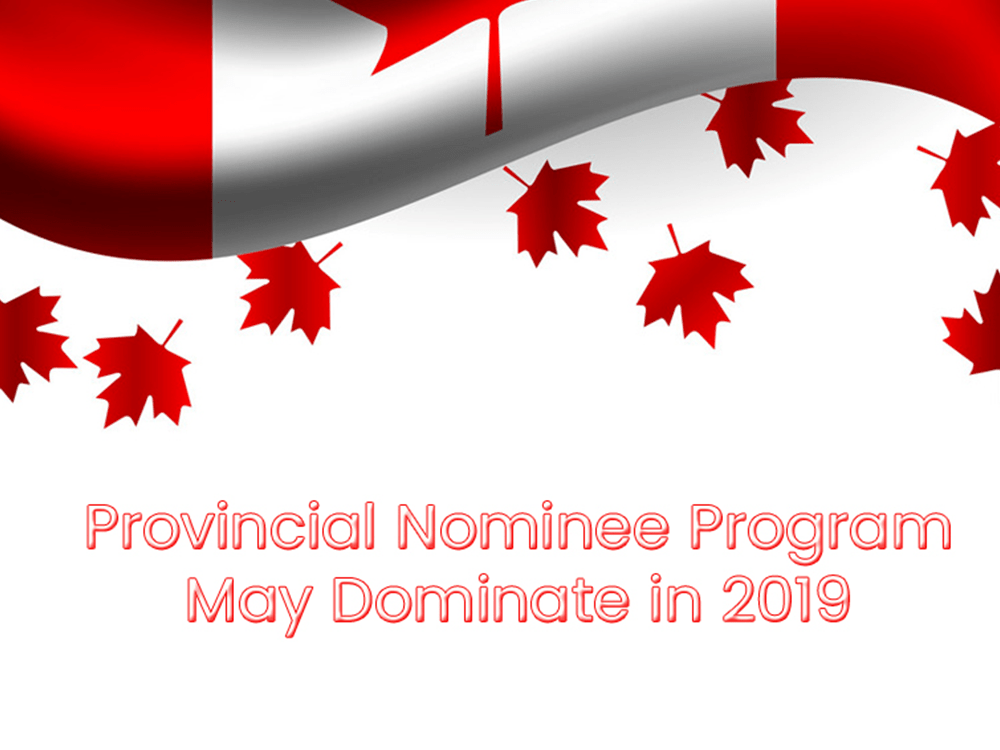 Canada’s provincial nominations have been linked with the Express entry programs and in the third quarter of this year, major selection had happened from the Express Entry pool.

The provinces which made immigration changes that positively affected the Express Entry candidates were—Ontario, Saskatchewan and New Brunswick.

While the provinces which conducted regular rounds of selections and issued an invitation to candidates from the Express entry profiles were—Alberta, Manitoba and Prince Edward Island.

Like the busy Express Entry draws, the multiple Canada provincial nominee programs were much busier in the months of July, August, and September; selecting the skilled immigrants suiting their provincial requirements to come and live in the provinces permanently.

The major advantage of the provincial nominee program is the opening of the remarkable opportunities for those who scored low in the Comprehensive Ranking System or the CRS and for those who do not meet the eligibility to create an Express Entry profile.

The provincial nominees selected through the Express Entry linked stream is also termed as an “enhanced nominee”. Through the “enhanced nomination stream”, the nominee is awarded an additional 600 CRS points. The other benefit is the fast track process of the express entry system, that issues permanent residence quite soon after few months from receiving the federal invitation.

An overview of the Canada provincial nominations in 2019

The major provincial draw that was conducted by OINP is the Ontario Targeted Occupations—Tech Draws and Priority occupations draw in 2019.

The stream that was open for these was the Human Capital Priorities Stream. Ontario searched the Express Entry pool for candidates that matches both the federal and provincial requirements while issuing the invitations in the stream.

However, it is not necessary to have a job offer, but a job offer can add up the priority of being picked.

So far Ontario has conducted Tech draws in July and August targeting the technically skilled workers experienced in the below six occupations:

In the initial Tech draw conducted on July 12, around 1,623 candidates who had a profile in the Express Entry system were invited to apply to the province.  This was followed by the recent draw held on August 1, issuing 1,773 invitations so far.

The province of Saskatchewan has drastically increased the number of the occupation requirements to 218 from 19, for its Express Entry-linked nominations and Occupation In-Demand sub-categories on September 18.

This dramatic change makes the province more versatile in its selection of the right candidates to full-fill its labor market requirements.  Also, the SINP would be using the single list of ineligible occupations.

To be eligible one of the mandatory criteria is that, the prospect must have minimum one-year job experience in an occupation that is related to their field of study, among other requirements.

The Occupation In-Demand sub-category is for candidates who do not have an Express entry profile however meets the minimum eligibility criteria.

The first draw of SINP was conducted soon after the revision of the occupation list.  The draw on September 25 invited 769 candidates from both the Express Entry and Occupation In-Demand with a minimum cut-of score of 70 points.

New Brunswick has conducted targeted occupational searches in 2019 at the end of July. Also, the province will be conducting such searches occasionally in the Express Entry pool to select the skilled workers meeting the provinces labor market

The skilled Worker Overseas stream of Manitoba is linked with the Express Entry points. Five draws were conducted under this program in 2019.  A total of 483 LAA’s (Letters of Advice to Apply) has been given. The province has its own ranking system in the selection of candidates.

Alberta invites from the Express Entry pool candidates with less Comprehensive scores, the lowest being 302. So far two draws on September 11 and September 18, 2019.

Alberta conducts occasional searches in the federal express entry system and selects suitable applicants who have strong ties to the province or who can support the economic development and diversification priorities.

Only those applicants who receive a “notification of interest” in the Express Entry profile can only apply to the province.

The Island province conducts monthly draws for selecting candidates and so far, they have issued around 360 invitations. Prince Edward has so far issued 122 invitations in a recent draw conducted on September 19, however, the number of invitations sent to the Express Entry candidates has not been published.  They also have their own provincial criteria’s when it comes to the candidature.

The year 2019 has been progressive and positive for aspiring immigrants to Canada. More invitations can be expected in the final quarter of 2019.  Canada has set targets for 2020 extending its multi-year plans through 2021 and is prepared to welcome the arrival of around 1.3 million new permanent residents.

Get a free consultation with us and find out which program works best for you. All you have to do is submit your details for a free assessment and based on your eligibility, our team will get in touch with you.

Are you interested in any of the Canada Provincial Nominee Programs? Submit your details here and let our consultants let you know whether you are eligible or not!