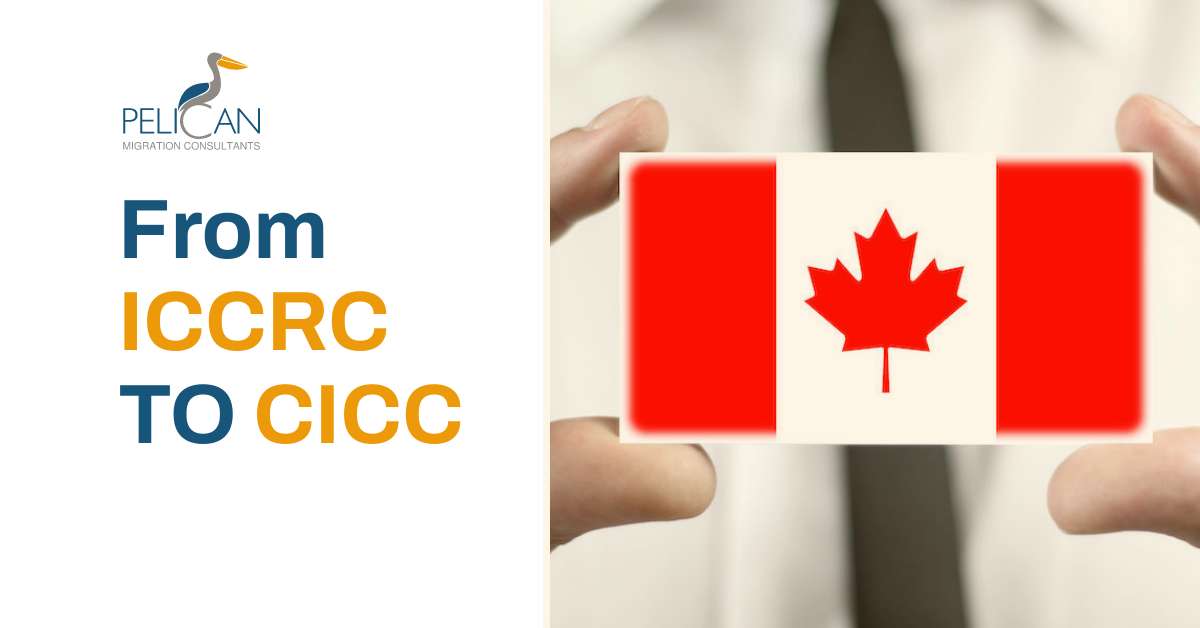 College of Immigration and Citizenship Consultants: From ICCRC TO CICC

Canada has one of the highest rates of immigrants obtaining Canadian citizenship and settling in the land of the maple leaf.  Why? Canada is a great attraction for professionals working all over the world because it actively seeks foreign workers as well as professionals to supplement its strong domestic workforce. Similarly, Canada is Student Friendly with a World-class education system. According to statistics, even in the presence of a global pandemic, Canada continues to welcome immigrants and is on track to meet its goal of accommodating more than 401,000 new immigrants by 2022.

With new goals and new requirements, Canada has announced the College of Immigration and Citizenship Consultants as the new official body for the regulation of Canadian immigration consultants and the immigration process. Read on to know what powers it will have and how it will oblige with the standards.

What is the College of Immigration and Citizenship Consultants?

Many people seek assistance from consultants or even other services to help them navigate the immigration process. While the vast majority operate ethically, unscrupulous performers can take advantage of the situation. To protect some who try to come to Canada, the Canadian government is reinforcing the regulatory body of immigration consultants. The College of Immigration and Citizenship Consultants was officially opened recently in 2021 by the Honourable Sean Fraser, Minister of Immigration, Refugees, and Citizenship.

The College's introductory date was set in a Ministerial Order that was released on August 14, 2021. The previous regulator, the Immigration Consultants of Canada Regulatory Council, was also officially recognized to continue as the new College. Honorable Sean Fraser announced - "We have an obligation to protect those who wish to come to our country—and we're fulfilling it. The new College of Immigration and Citizenship Consultants will ensure that aspiring Canadians get the professional and honest advice they deserve, and strengthen our immigration system so it can continue building the Canada of the future."

What are the powers of the College?

With the establishment of the College of Immigration and Citizenship Consultants, the immigration profession in Canada is undergoing significant changes. This regulatory authority has expanded powers over immigration and citizenship consultants in Canada and abroad, including licensing, oversight, investigation, as well as enforcement. The regulator will carry out their responsibilities by:

With what additional powers the College has been empowered by?

The college now has additional powers and tools for investigating and disciplining consultants who have engaged in professional misconduct. In addition, the College can safeguard the public from unauthorized consultants by enacting legislation. This can be followed through the mentioned practices:

Consultants have indeed been subjected to new, better standards. Aspiring consultants should successfully complete a new Graduate Diploma Program being offered by the Faculties of Law at Queen’s University and the Université de Montréal for being able to enter the career path only. Annual Continuing Professional Development (CPD) requirements and an annual practice assessment are also required by college licensees.

The new College is an important part of the country's efforts to combat identity fraud in Canada. It develops on the significant progress made in recent years, including a $50 million investment to combat fraud as well as new educational resources to help applicants spot fraudulent activity. It also fulfills a mandated commitment to improve oversight, enforce the integrity of Canada's immigration process, as well as protect all those seeking to enter the country.

Because of the continuously changing immigration standards and regulations, it is best to contact Canada Immigration Consultants who can assist and guide you throughout the process. At Pelican Migration Consultants, our primary goal is to offer you all the necessary information you require to make the right decisions. We are licensed immigration consultants in Dubai helping you plan and manage your immigration to Canada and eventually lead a successful life in the country of your dreams. What’s more, we don’t make you spend a penny more or wait a day longer until and unless it is out of our control.