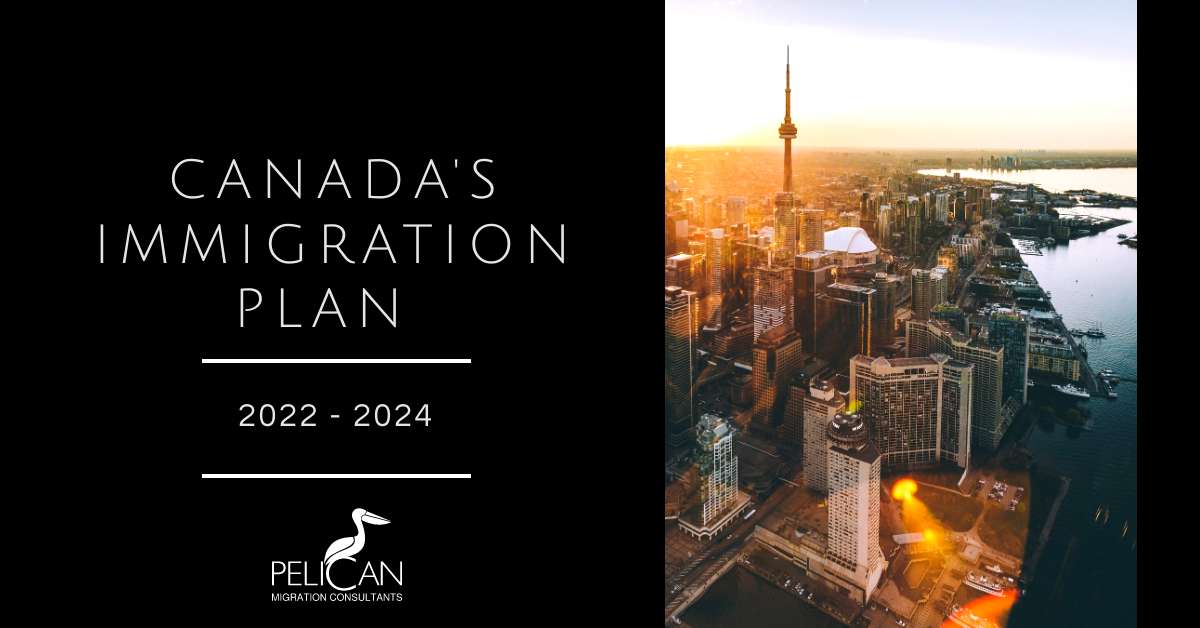 To assist its post-pandemic economy, Canada launched an ambitious plan to admit more than 1.3 million immigrants over the next three years. Canada is now aiming to accept nearly 430,000 new immigrants per year underneath the Immigration Levels Plan, which is the greatest level in the country's history. The immigration goals of Canada are to enhance the economy, reconcile families, and assist refugees. This in-depth blog covers everything you need to understand about Canada's Immigration Levels Plan. Read on to know more.

The Immigration and Refugee Protection Act (IRPA) of Canada requires the central government to disclose that information by November 1st of each year when Parliament is in session. If Parliament is not in session, the official announcement must be issued within 30 days of its resumption. The official statement is usually issued by November 1st of each year, but because the Canadian government dissolved Parliament in September for such an election, it did not occur in 2021. Post-election, a new session of Parliament convened on November 22nd.

Parliament met for 20 days before taking a holiday break. It reconvened in February, with Immigration Minister Sean Fraser introducing the new levels strategy. CICC surpassed its aim by admitting more than 405,000 immigrants in 2021. This aim will be increased to 431,645 new permanent residents by 2022. In 2023, Canada hopes to accept an extra 447,055 immigrants, followed by another 451,000 in 2024. The following table summarises Canada's immigration goals for 2022-2024 per immigration class:

Canada has a relatively low population growth rate, which leads to a poor labor force as well as economic growth rates. The rate of economic growth makes it hard for Canada to increase the taxes required to support social spending on services like education, health care, as well as other critical areas that contribute to the country's high standards of living.

As a result, Canada has increased its immigration numbers since the late 1980s in order to boost its population, workforce, and economic growth rates. Immigration now accounts for the bulk of Canada's population and labor force growth, as well as a growing share of its economic progress.

Since 1988, Canada has consistently received over 200,000 immigrants per year. It has now resolved to boost its levels to above 400,000 every year. The immigration rate in Canada is now about 1.1 percent. Based on Demographic realities as well as immigration trends, it is likely that Canada will continue to progressively expand its immigration numbers in the foreseeable future. Immigration will continue to be vital to the country's economic and fiscal health.

Impact of COVID - 19 on Canadian immigration

Canada has always stated in the COVID times that they will try their best to not interrupt the immigration procedures even in hardships. Furthermore, there is a compelling case to be made that perhaps the coronavirus pandemic has increased the relevance of immigration. COVID-19 has temporarily harmed the Canadian economy while increasing government expenditure on social services.

Given the low birth rate previous to the pandemic and the possibility that the pandemic may further depress birth rates owing to economic instability, Canada will become more and more reliant on immigration for population growth in the future years. If Canada's birth rate stays low, immigration will account for an increasingly bigger share of labor-force growth in the coming decades. Finally, in order to fund government expenditure following COVID-19, Canada will have to strengthen its tax base via immigration.

Economic immigration, which is a primary engine of Canada's economic growth, represents more than half of the multi-year levels plan's scheduled admissions. The federal Express Entry system programmes will account for nearly half of all planned economic admissions including:

The immigration programs listed below are part of Canada's Multi-Year Immigration Levels Plan:

Because of the continuously changing immigration standards and regulations, it is best to contact Canada Immigration Consultants who can assist and guide you throughout the process. At Pelican Migration Consultants, our primary goal is to offer you all the necessary information you require to make the right decisions. We are licensed immigration consultants in Dubai to help you plan and manage your immigration to Canada and eventually lead a successful life in the country of your dreams. What’s more, we don’t make you spend a penny more or wait a day longer until and unless it is out of our control.