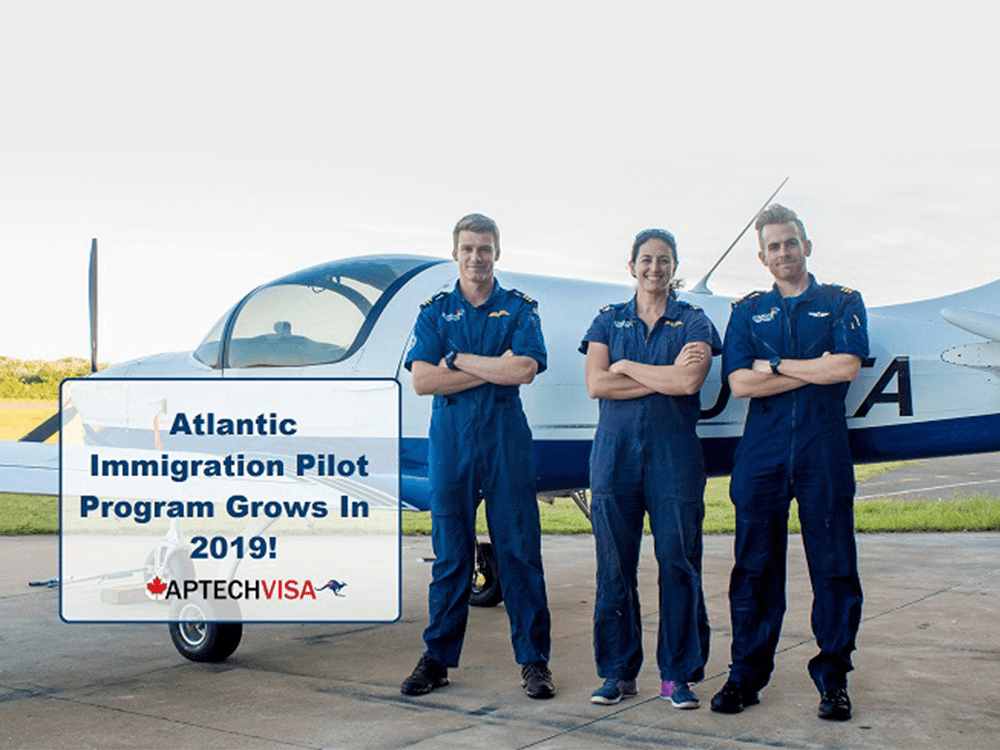 Atlantic Immigration Pilot Program – All you need to know in 2019

What is Atlantic Immigration Pilot Program?

It is an employer driven program that facilitates the recruitment and hiring of foreign labour to the Atlantic Canada. The latest program is strategized for Atlantic Growth to reverse the current demographic changes in the Atlantic Canada to improve the economy of Atlantic area substantially. The Atlantic growth is target at the—skilled workforce immigration; innovation; trade, investment and infrastructure.

The latest program of Atlantic Immigration Pilot is majorly designed as an“employer-driven program”. The employers of the Atlantic Canada—businesses, not-for-profits, governments etc initially becomes a designated employer. Once designated the employer is able to offer jobs to skilled foreign employees or fresh international graduates in Canada. This will fill any gaps in the labour requirements of the Atlantic region.

How to get an employer designated?

Designation is primarily required for any employer who is interested in participating in the Atlantic Immigration program. Through this program only the “designated employers” will be able to hire employees suiting their labour needs.

By getting “designated” the employer will be authorized by the provincial government to offer jobs under the latest Atlantic Immigration Pilot Program in any of the four participating provinces namely the provinces of New Brunswick, Prince Edward Island, Nova Scotia, Newfoundland and Labrador.

However, if the employer has multiple work locations where the recruited will be working, then that employer shall get “designated’ in all those provinces.

To be designated, the employer must:

The Atlantic immigration Pilot program currently runs for the below three categories:

How does the Atlantic Immigration Program Work?

Each module of the Atlantic immigration Pilot program has its own educational and work experience criteria. Management, professional, technical or skilled works are the most important jobs that have been offered under these modules.

As far as the employers are concerned, they should also demonstrate to the provincial government that each of the job offered will cannot be filled with a local resident. Once successfully endorsed by an Atlantic province the desired candidate can apply for permanent residency and on approval of the permanent residency the candidate can start living and working in Canada.

No Labour Market Impact Assessment is required under this program.

Atlantic International Graduate stream also has the eligibility requirements that shall be met by the desired candidates of the program. This program mainly targets the students in Canada.

The Atlantic Immigration Pilot’s processing times are faster and language and education standards are lower than other immigration programs implemented by Canada.

Dependent Spouses can also work with non-specific employer work permits after the approval of the family’s permanent residency.

Contact Pelican Migration Consultants on all your queries on the Atlantic Immigration Program. Our expert program consultant will walk you through the each and every step involved in the process or you can check your eligibility by clicking the below link and filling out the form.